Life on the MV Greg Mortimer

The M.V. Greg Mortimer is the new vessel that Aurora Expeditions is using for its polar voyages. It was specially designed for polar work and icy conditions. The Ulstein X-bow is designed to cut through waves rather than be lifted by waves. It is therefore supposed to reduce movement in rough seas and reduce fuel consumption. According to some of the officers (and those passengers who got seasick) the former is debatable but the latter is correct. It is a very comfortable and stable ship. 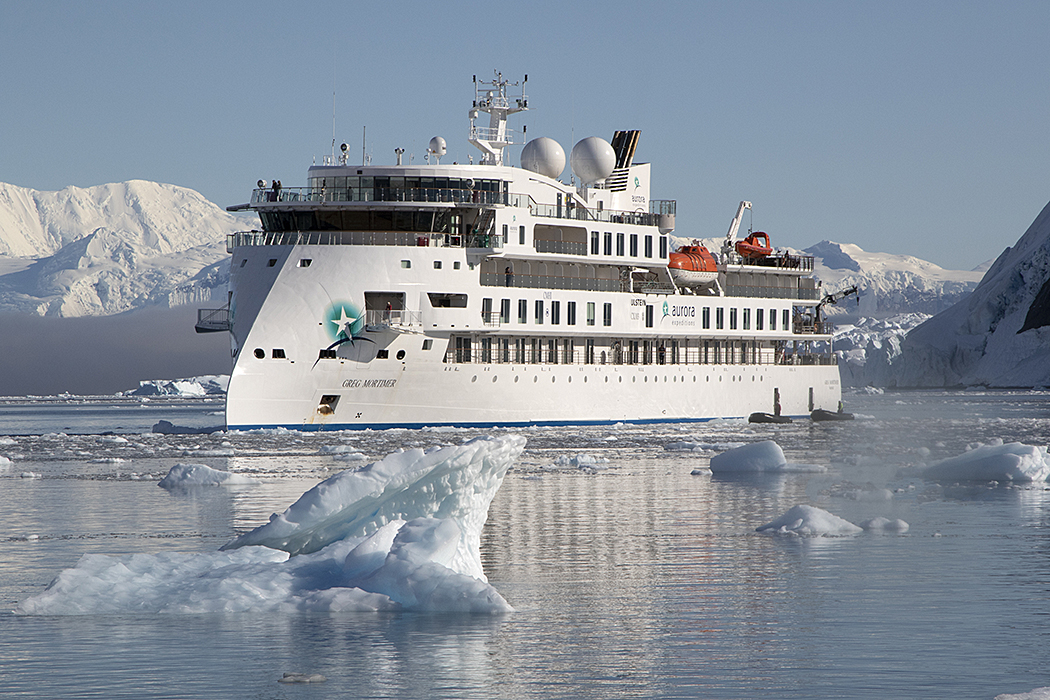 The Greg Mortimer in the Antarctic – the ship was launched in 2019 and was specially designed for polar expeditions.

The ship is named after Greg Mortimer – a famous Australian mountaineer and explorer who, along with his wife Margaret Werner, was the founder of Aurora Expeditions. They no longer own the company but Greg is still an advisor and was the Expedition Leader on the ship’s maiden voyage in November 2019. 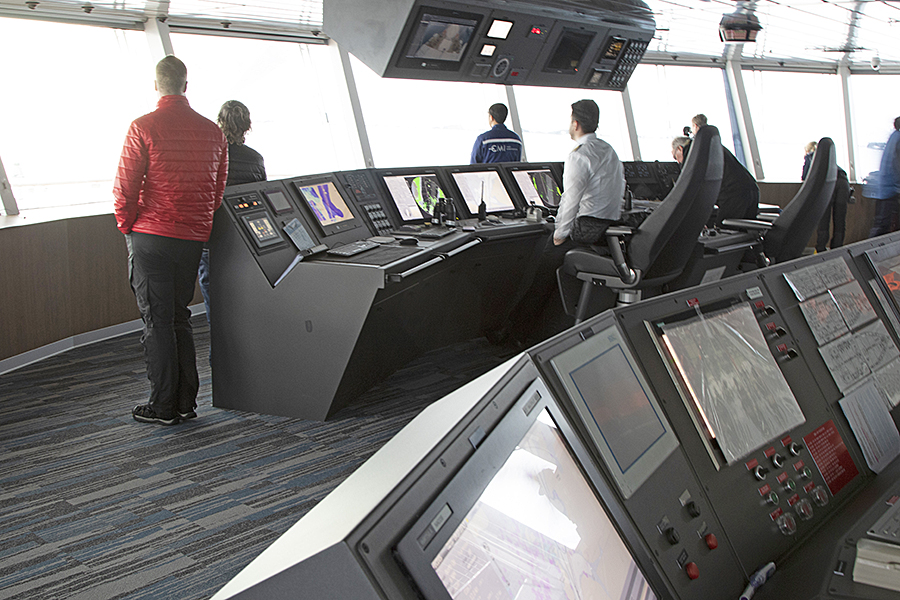 The ship has an open bridge policy – this means that passengers can be here while the ship is operating. 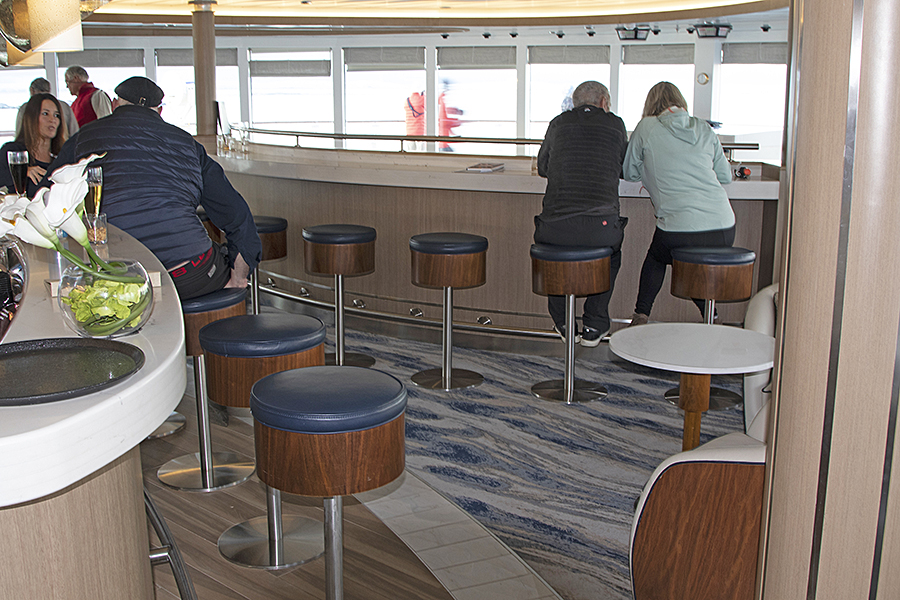 The upper observation deck lounge – gives a good view ahead of the ship from deck 8. 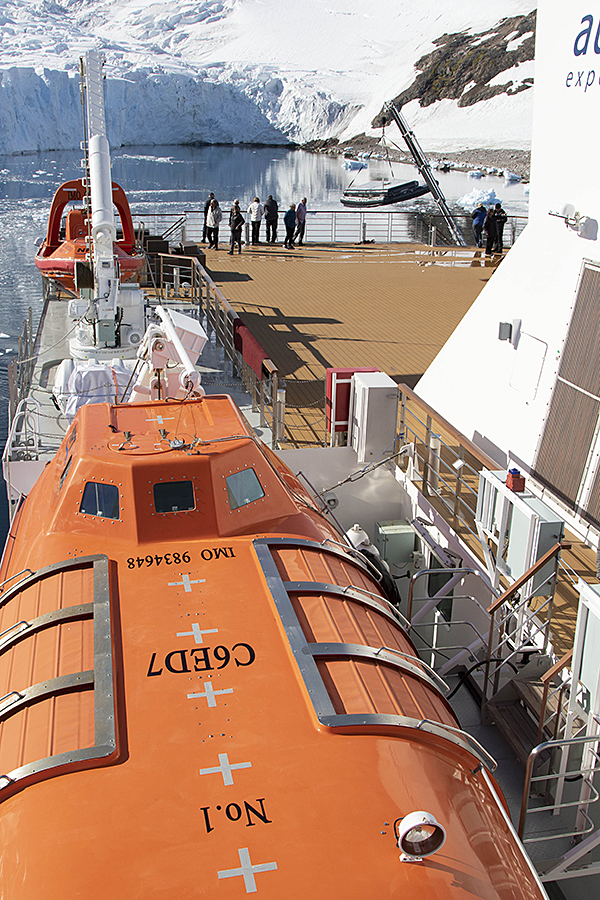 Upper deck – this can be used for helicopter operations. The two lifeboats can each take 136 people. 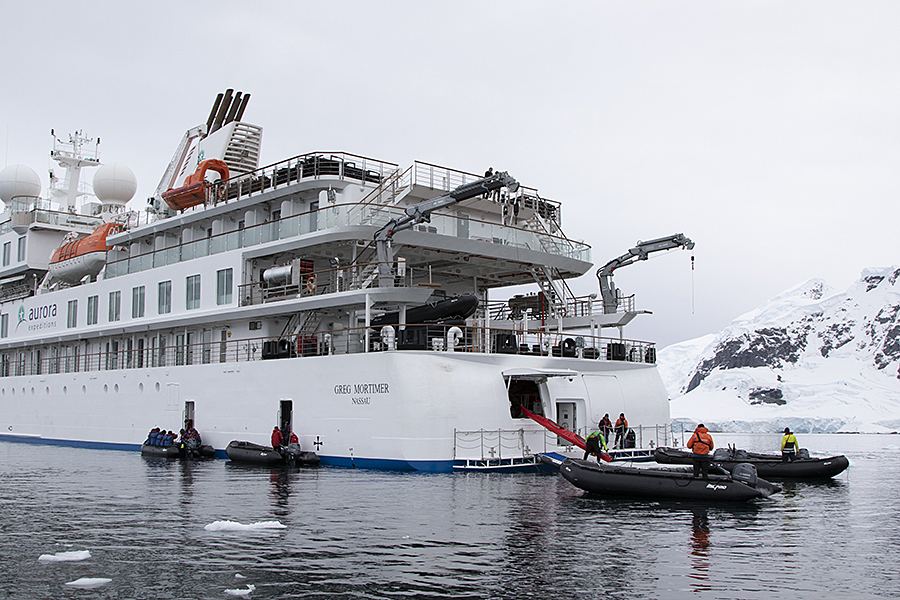 The ship has 2 cranes to offload the Zodiacs and put the kayak platform in place. 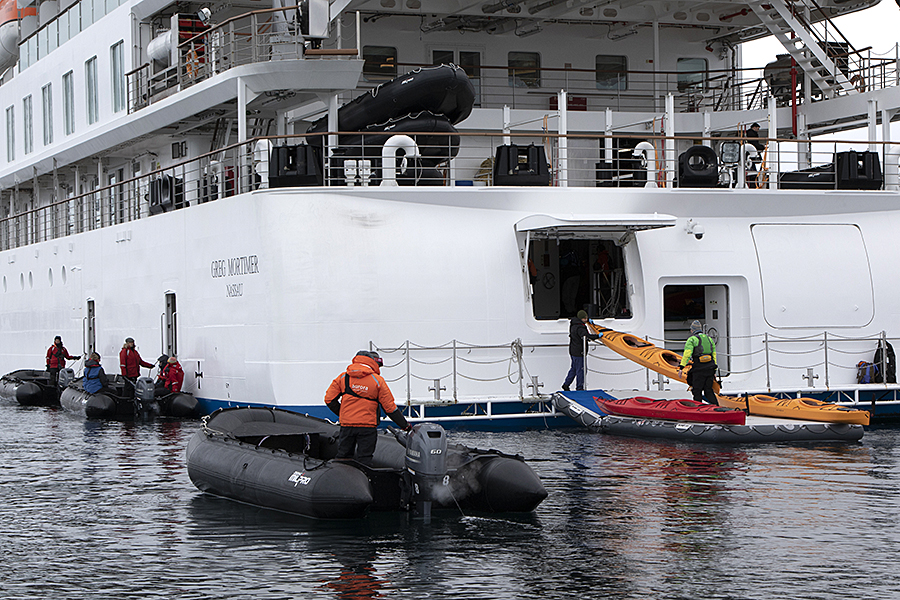 Zodiac and kayak operations can be going on at the same time. 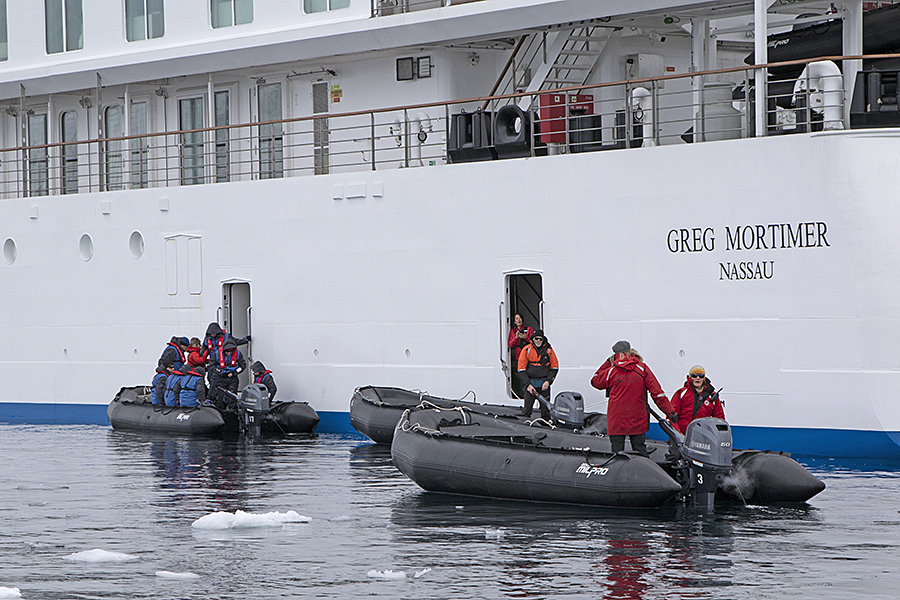 Loading passengers on the side doors. Having two doors on each side of the ship makes for efficient loading. 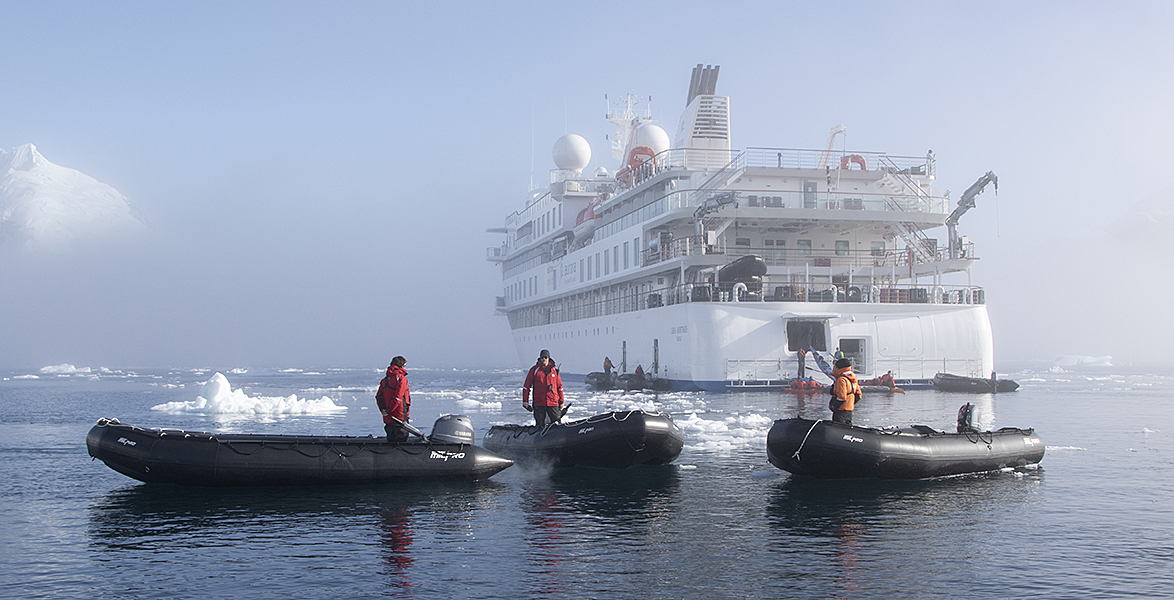 Zodiacs waiting to load passengers before going exploring. Driving Zodiacs among the icebergs and brash ice is one of the major joys of working as an expedition naturalist. 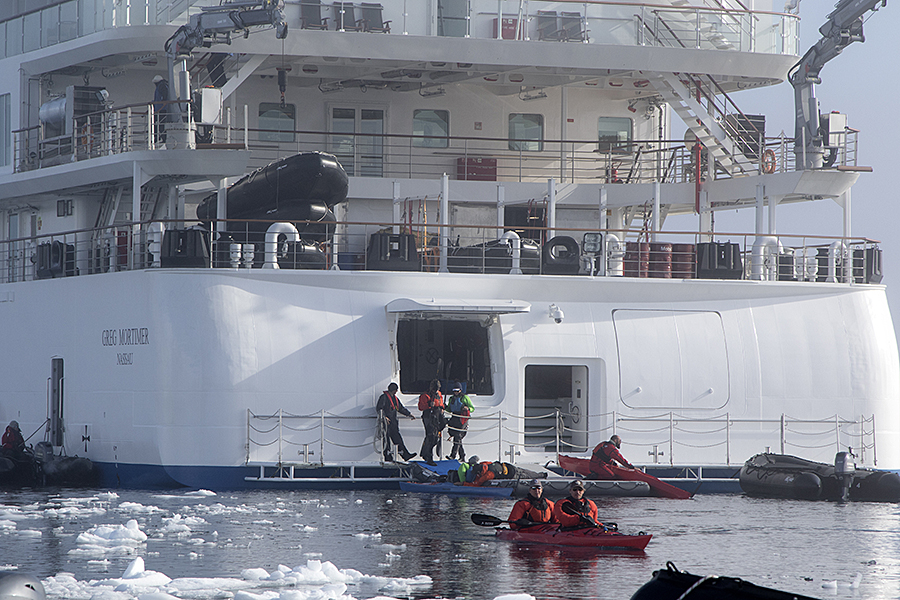 A very slick kayak-launching system off the stern marina. Two kayaks can be loaded at a time from a floating platform. 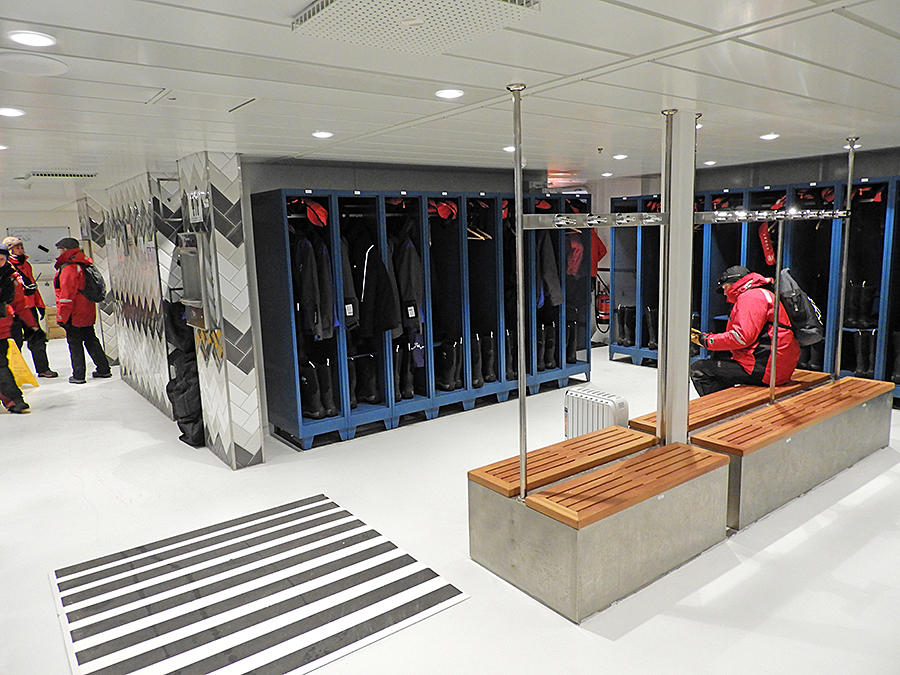 The mudroom at the stern. Passengers and staff keep their boots and outdoor gear in these lockers and go from here on to the Zodiacs or kayaks – a very efficient system. 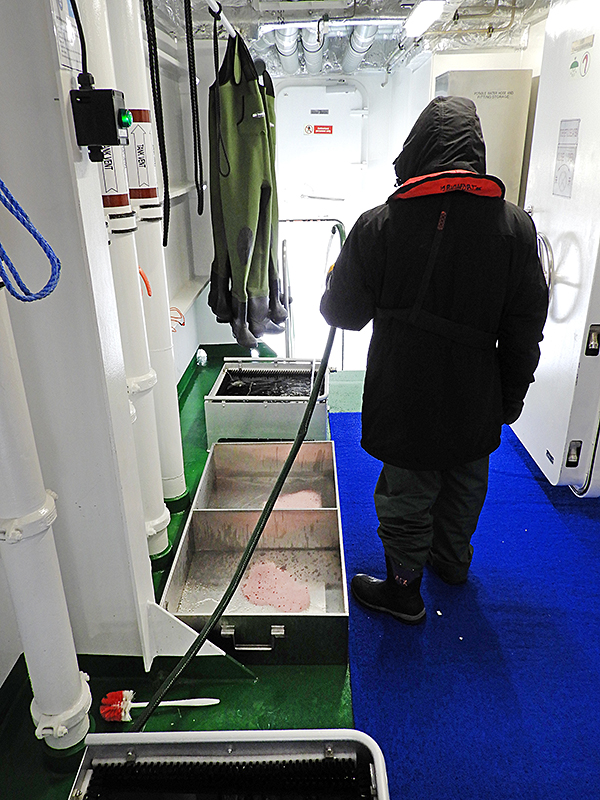 The boot washing station. Everyone washes and disinfects their boots before loading on to Zodiacs or kayaks and does the same on return to the ship. This biosecurity reduces the chances of spreading disease among the penguin colonies. 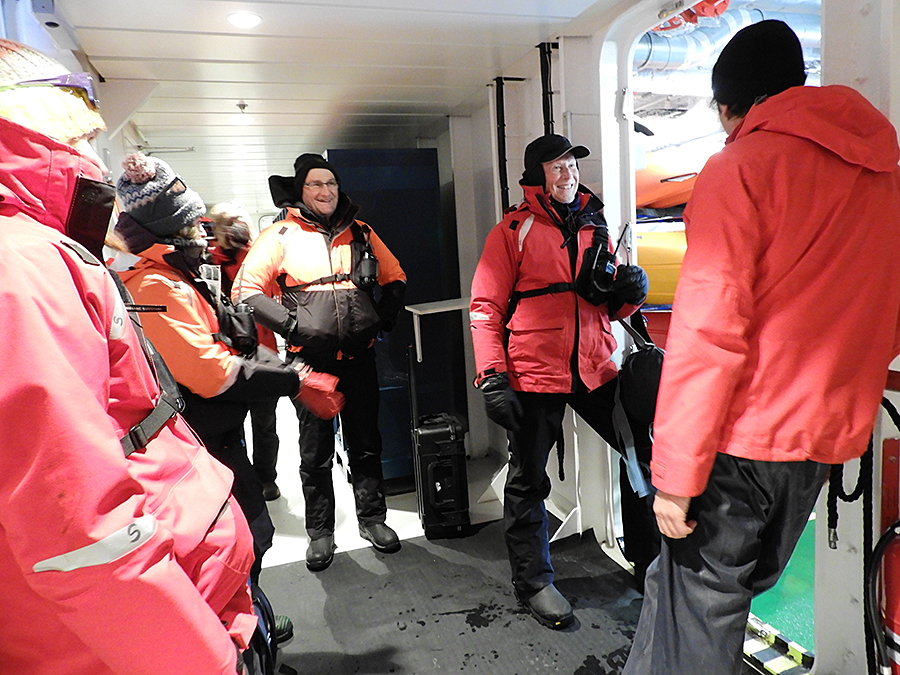 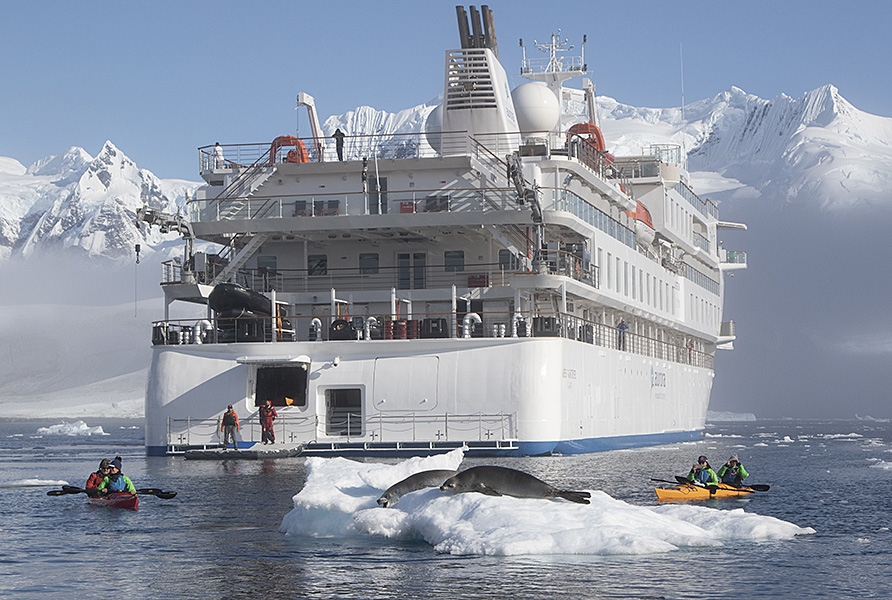 A couple of Crabeater Seals are not too disturbed by all the activity at the stern loading marina.