Some photos from my two Antarctic voyages in March 2020. This was late in the summer with signs of oncoming winter.

Icebergs are always spectacular in the Antarctic ……. 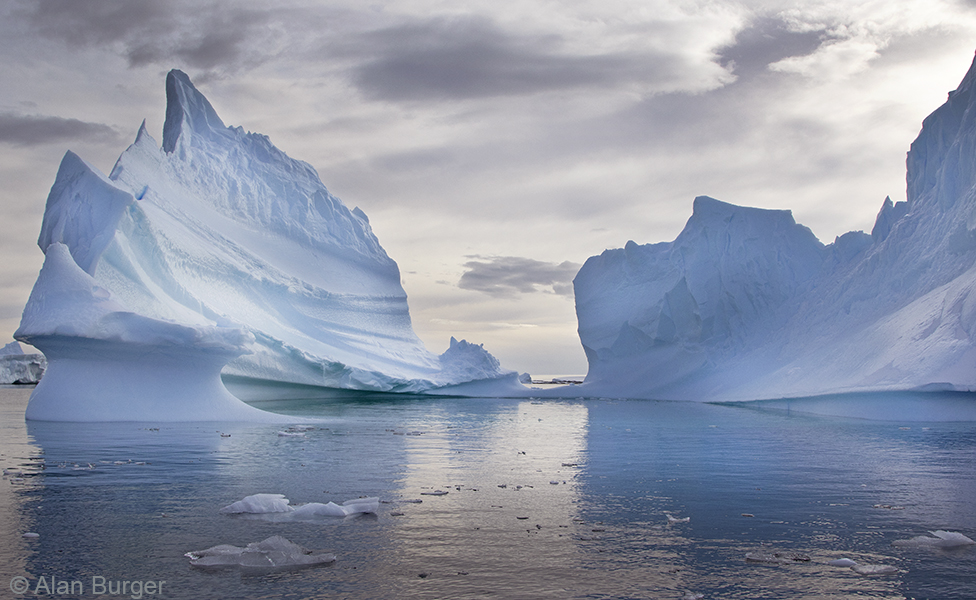 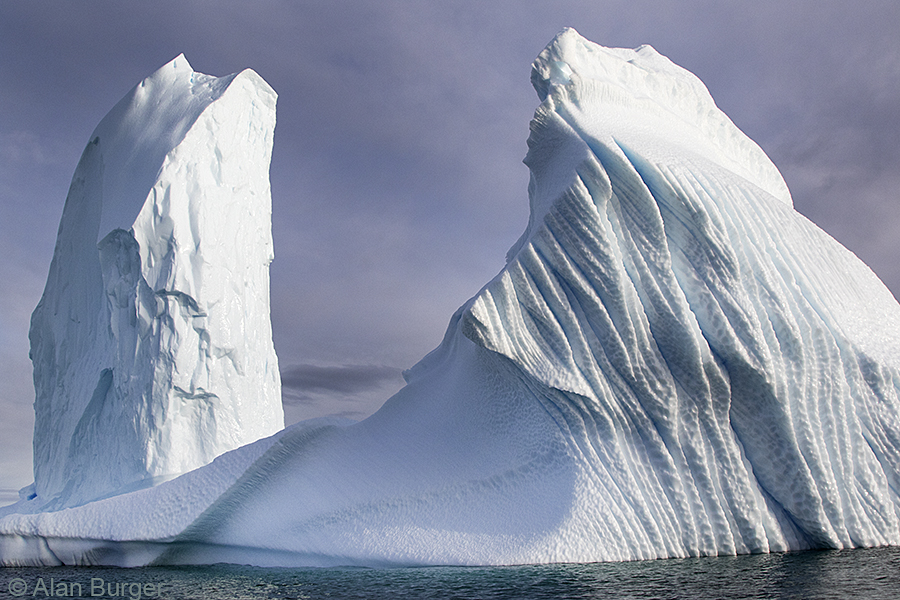 Huge icebergs – remember that 7/8ths are under the water. © Alan Burger 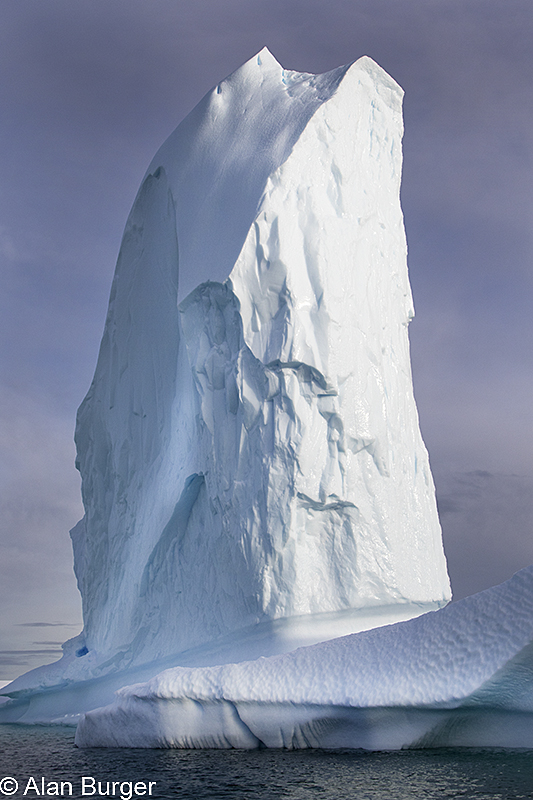 An immense pillar of ice about 25 m high.  © Alan Burger 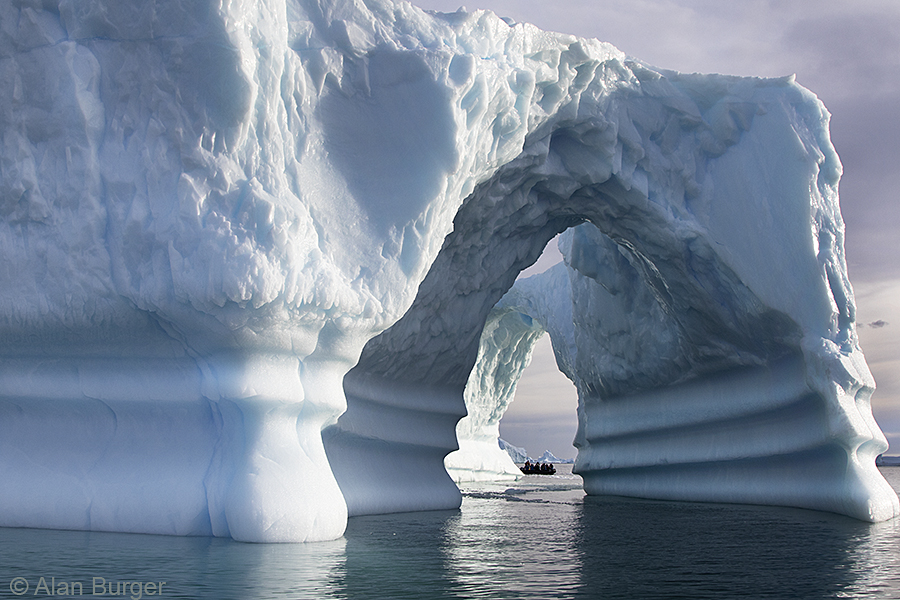 An immense berg – note the Zodiac for scale. This is the remains of a huge tabular berg that has been carved over some years by the sea.  © Alan Burger 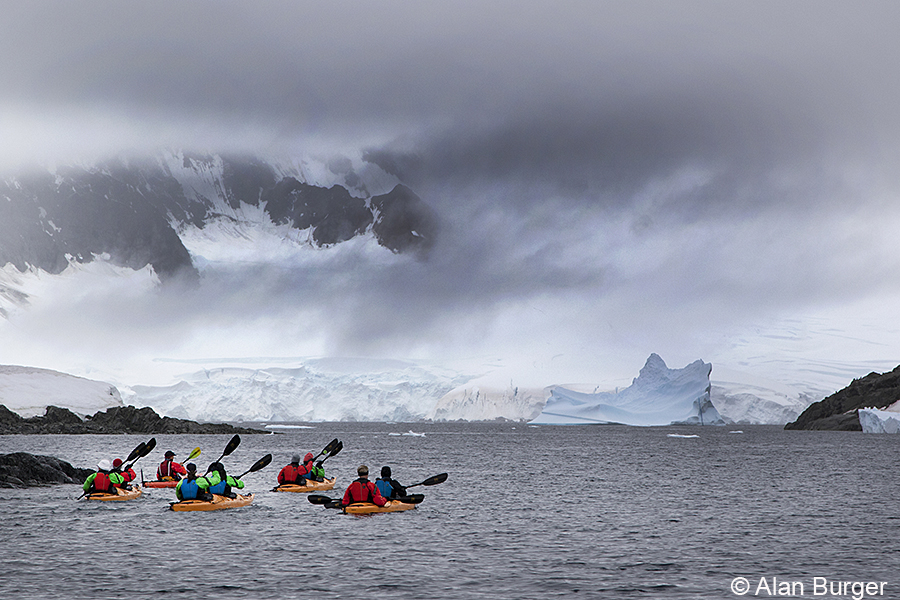 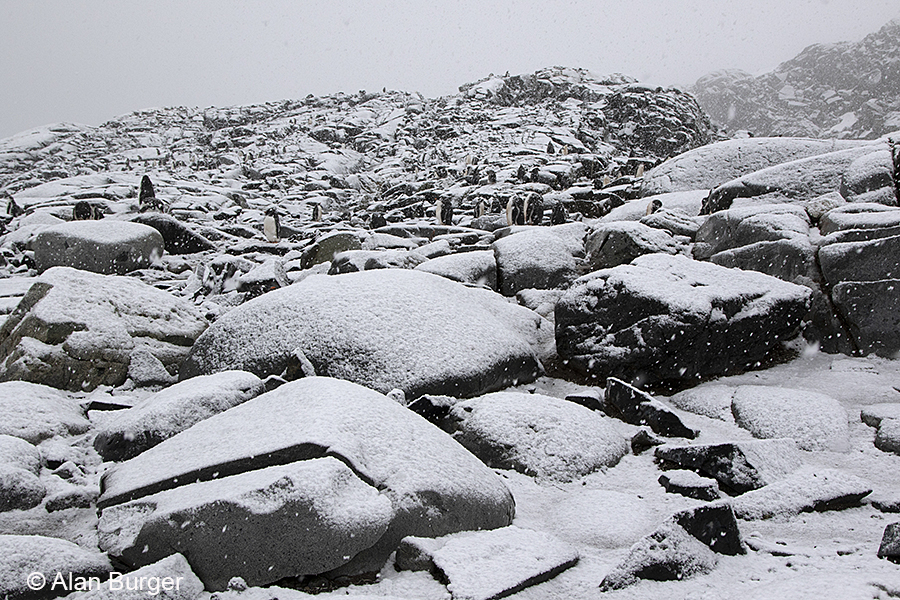 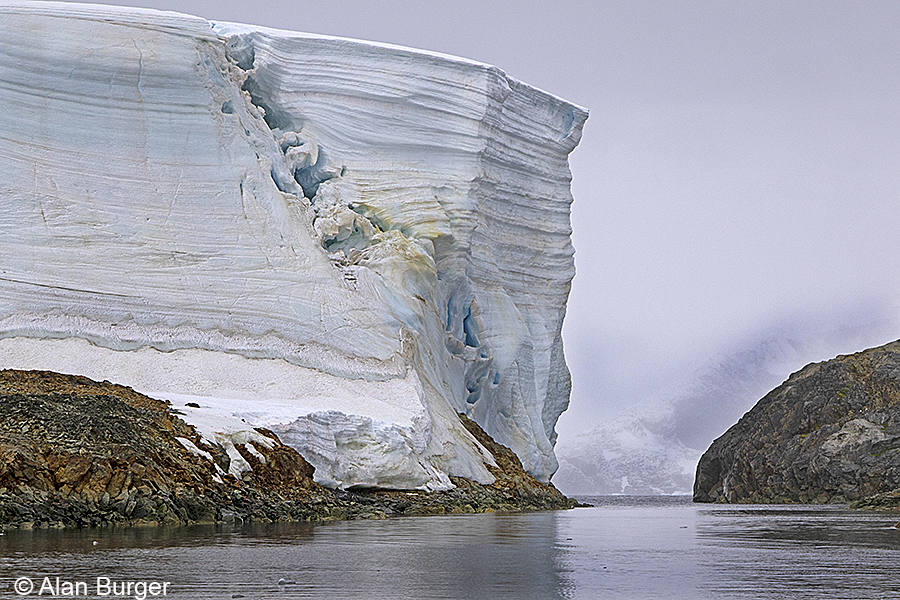 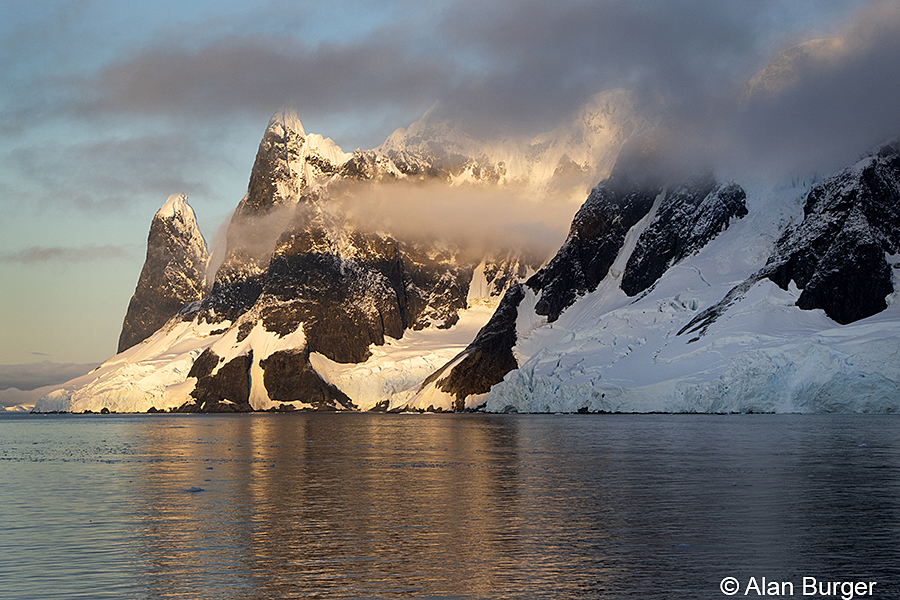 The peaks around Lemaire Channel are probably the most photographed bits of the Antarctic.  © Alan Burger 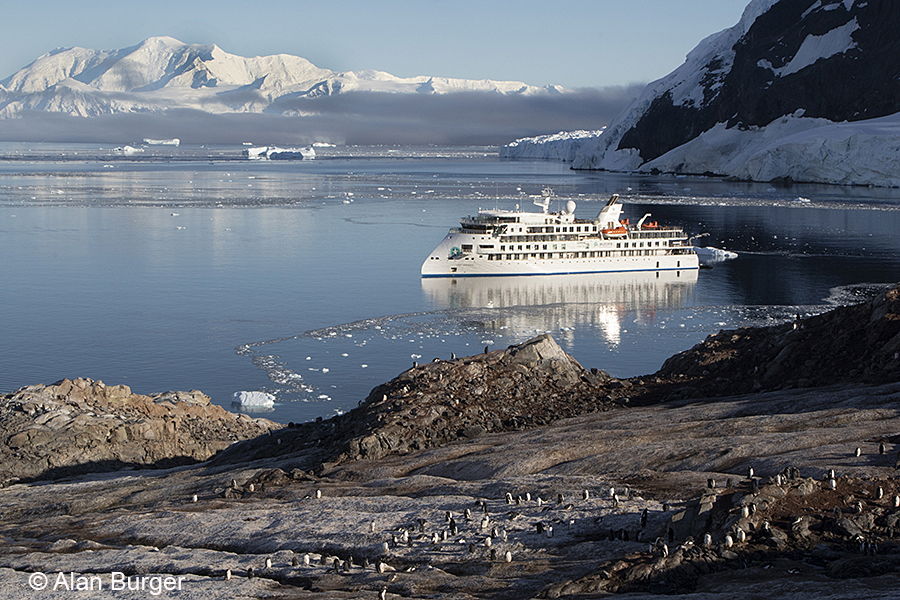 The M.V. Greg Mortimer at Neko Harbour. Mt Francaise (2700 m) on Anvers Island in the background is the highest peak in this part of the Peninsula. © Alan Burger 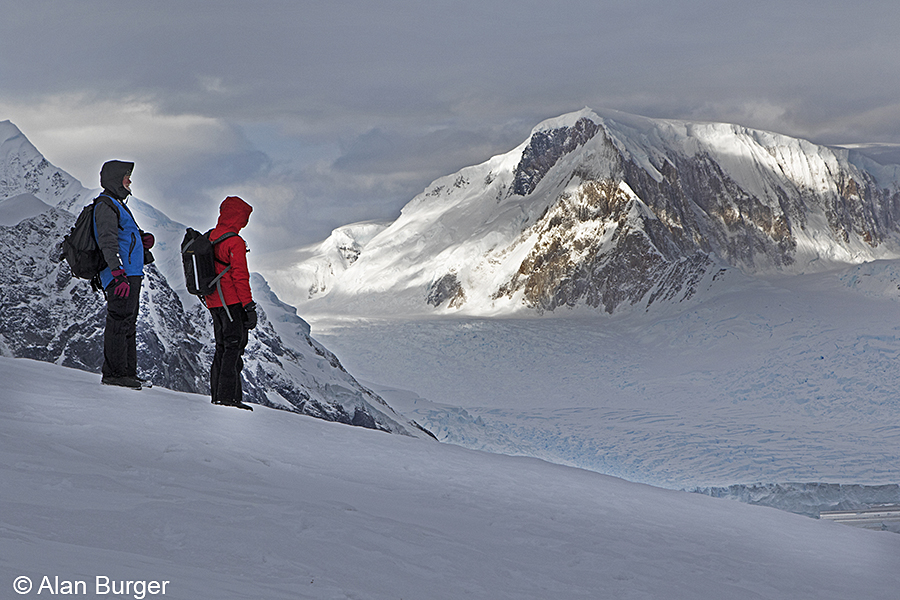 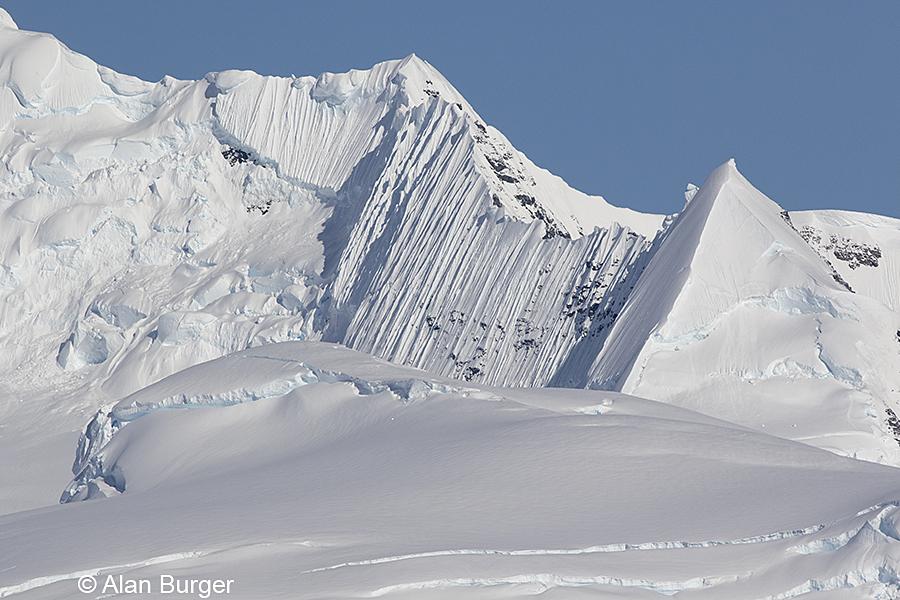 Ice and snow on the peaks around Neko Harbour.  © Alan Burger 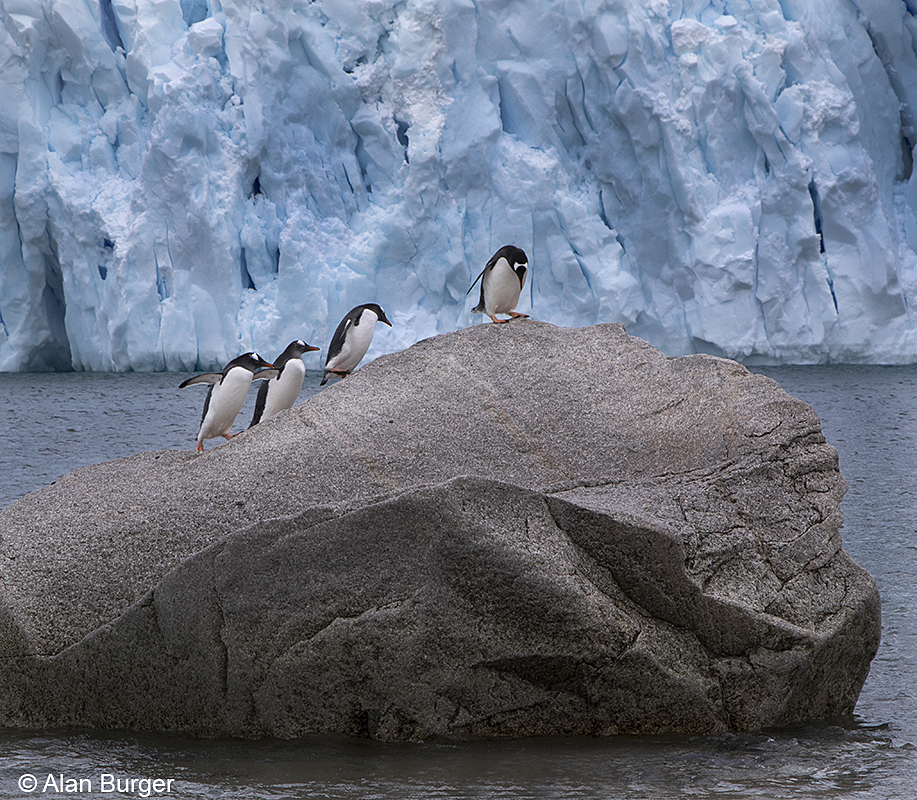 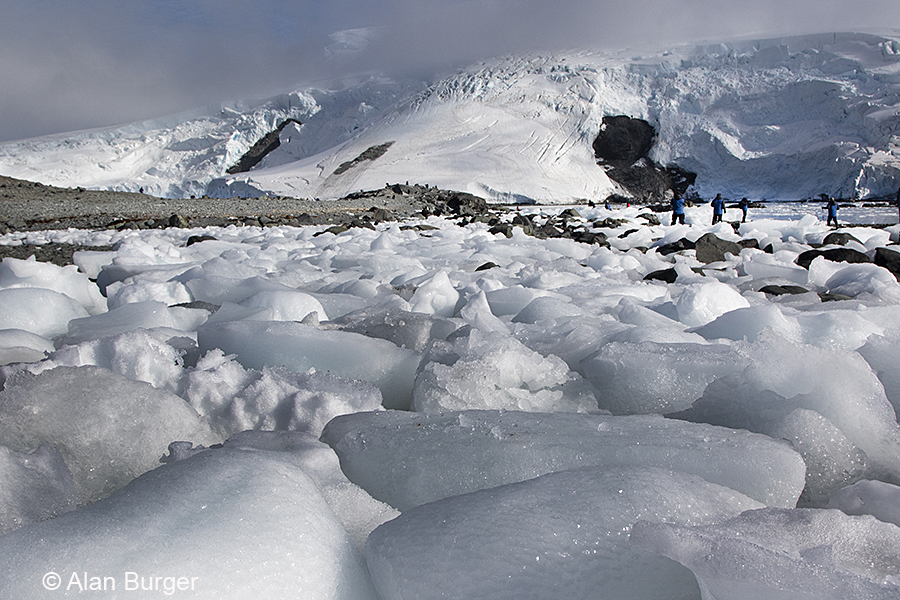 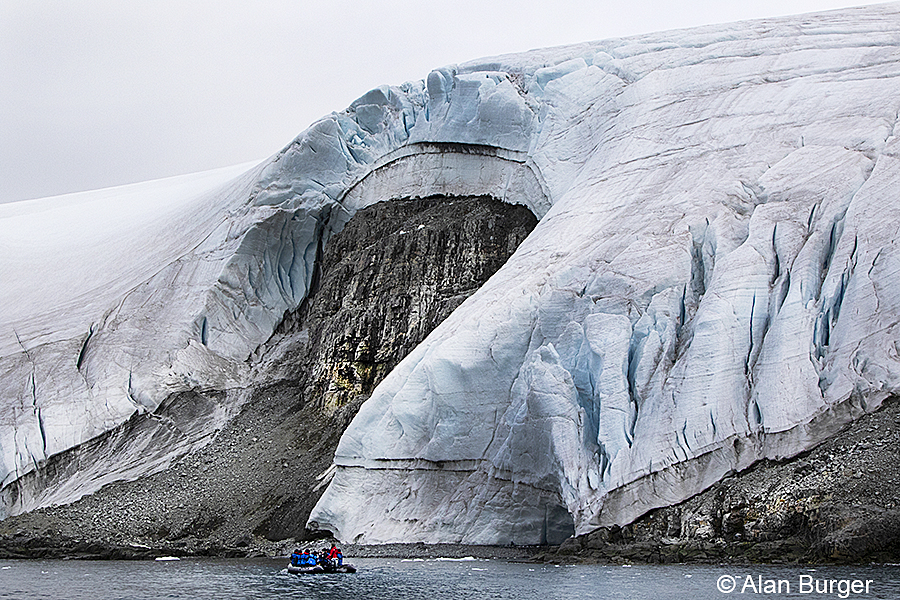 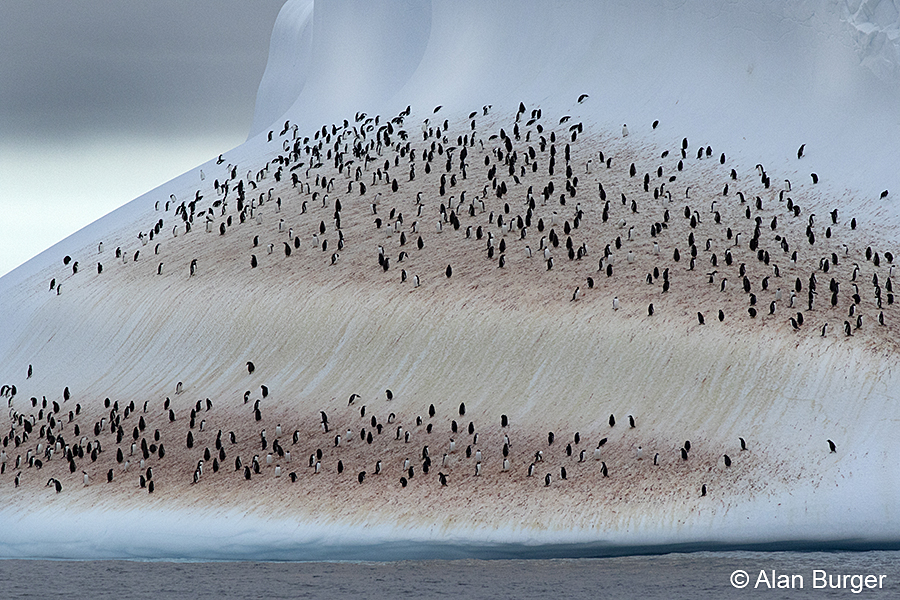 Gentoo and Chinstrap penguins resting on a large iceberg. The orange-pink colour of their feces indicates that they have been feeding on krill. © Alan Burger 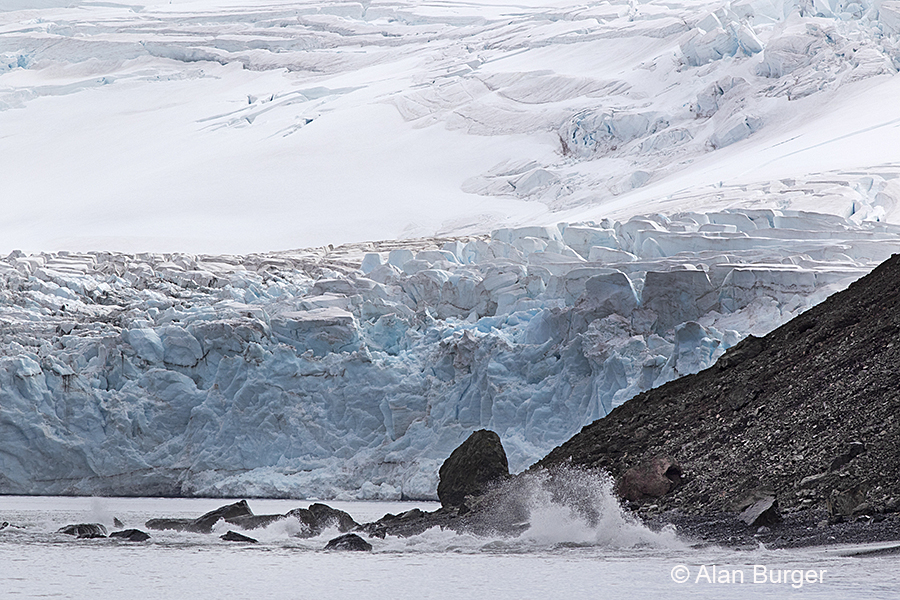 A highlight on my first 2020 voyage was to enter the Weddell Sea and finally get to land on Snow Hill Island. I had done two previous Weddell Sea voyages with Aurora Expeditions and in both cases dense sea ice prevented us from reaching this historic site. Snow Hill Island and neighbouring Seymour Island are probably the most important sites for fossils in the Antarctic. This is where fossil land mammals and plants were found that first indicated that the Antarctic had once been a temperate, forested environment. The importance of fossils here was recognized over a century ago and a Swedish Expedition led by Otto Nordenskjöld spent two years on Snow Hill in a tiny hut. Their relief ship was crushed in the Weddell Sea ice and the ship’s crew survived in a stone hut on Paulet Island. Remarkably, all except one person who died of a heart attack on Paulet, were eventually rescued. 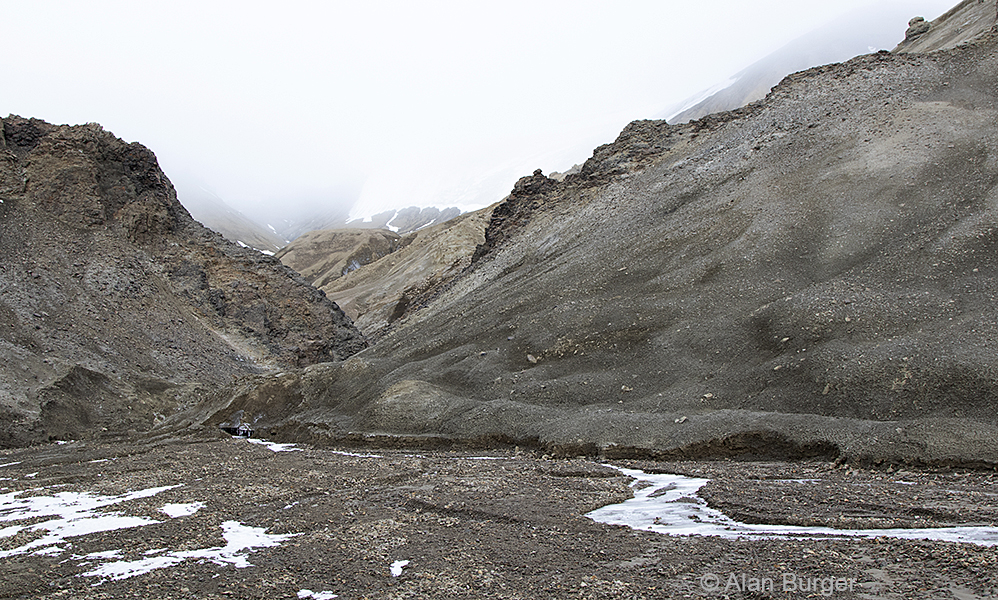 Badlands on Snow Hill Island. Many marine fossils can be found where the soft rock erodes and is washed away. © Alan Burger 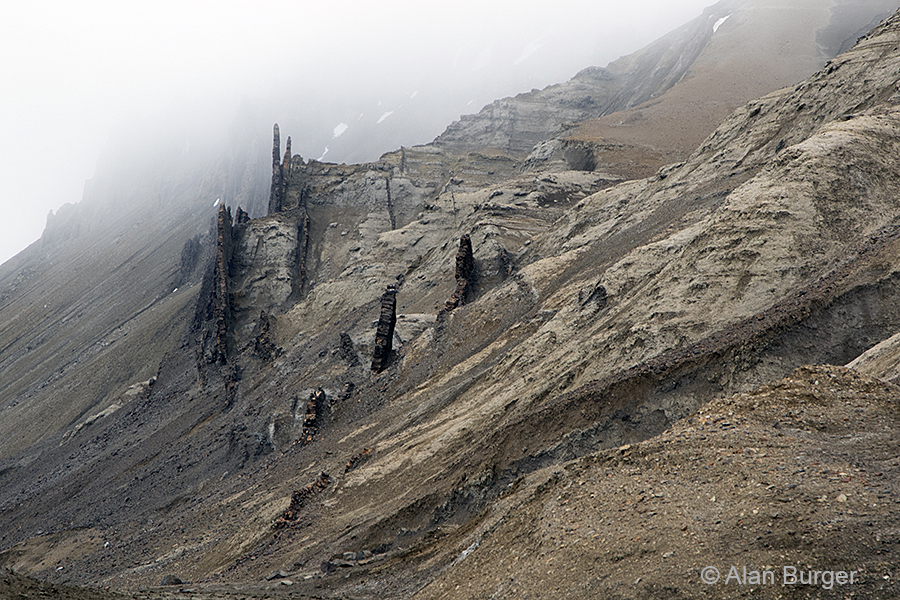 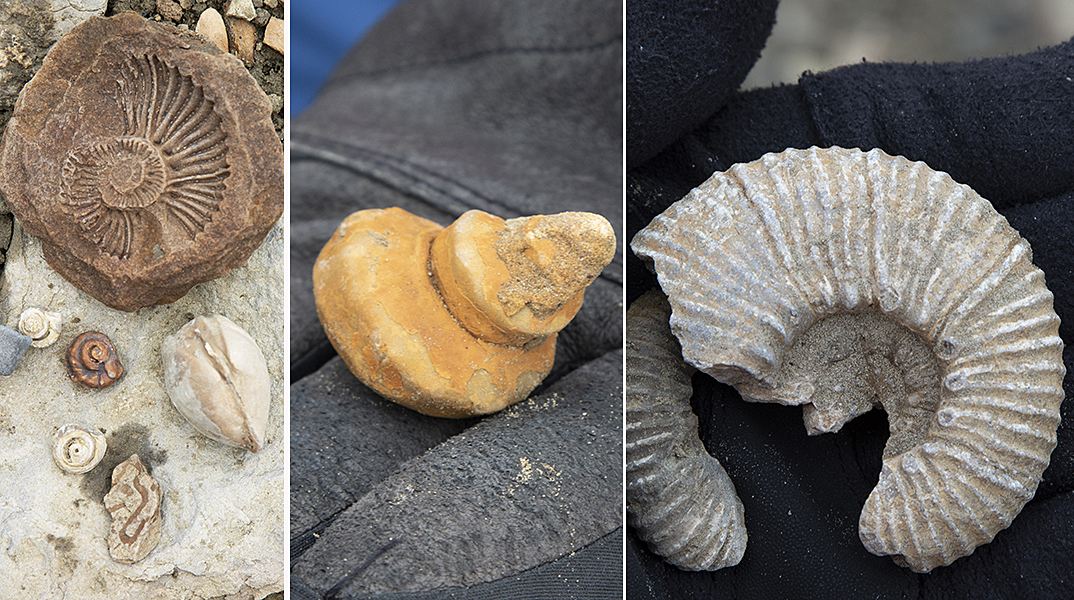 Fossils that I found while wandering on the beach and inland on Snow Hill Island – ammonites, snails, clams, worm burrows and a turban snail. © Alan Burger 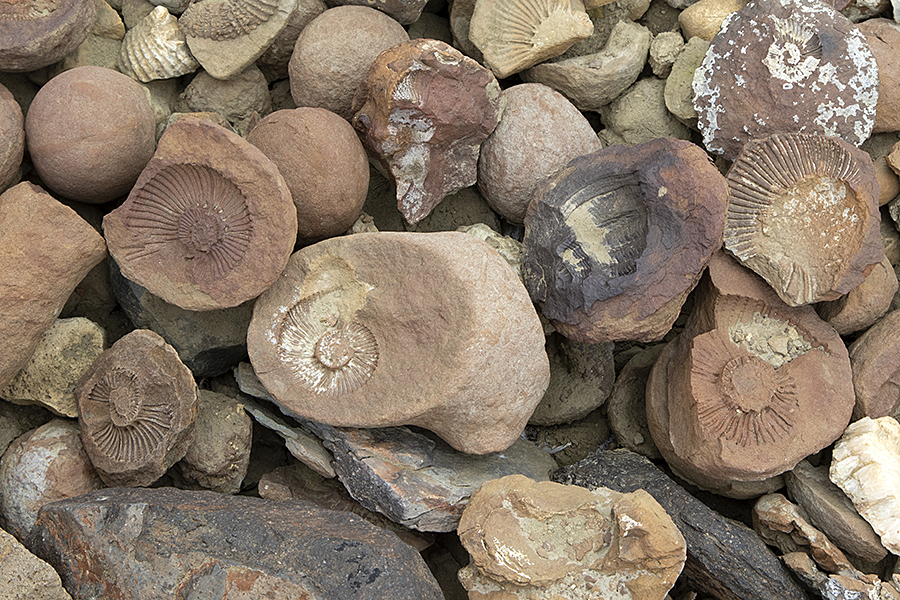 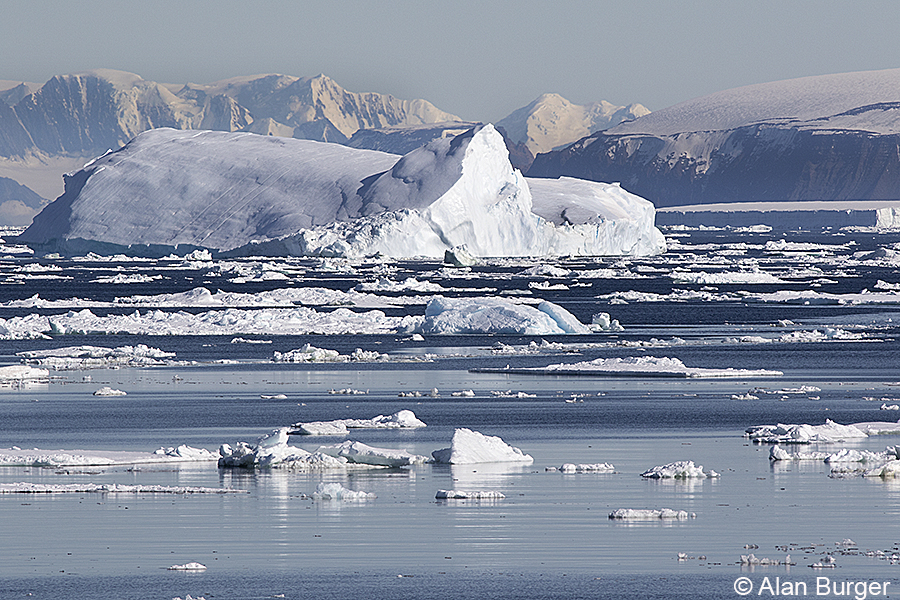 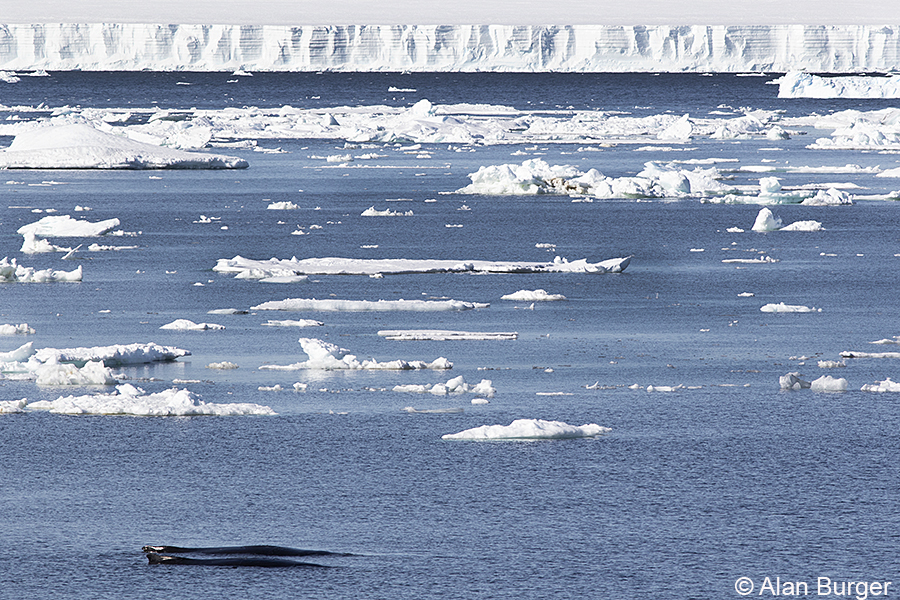 The Weddell Sea is renowned for the size and number of tabular icebergs. Note the two humpback whales in the foreground. © Alan Burger 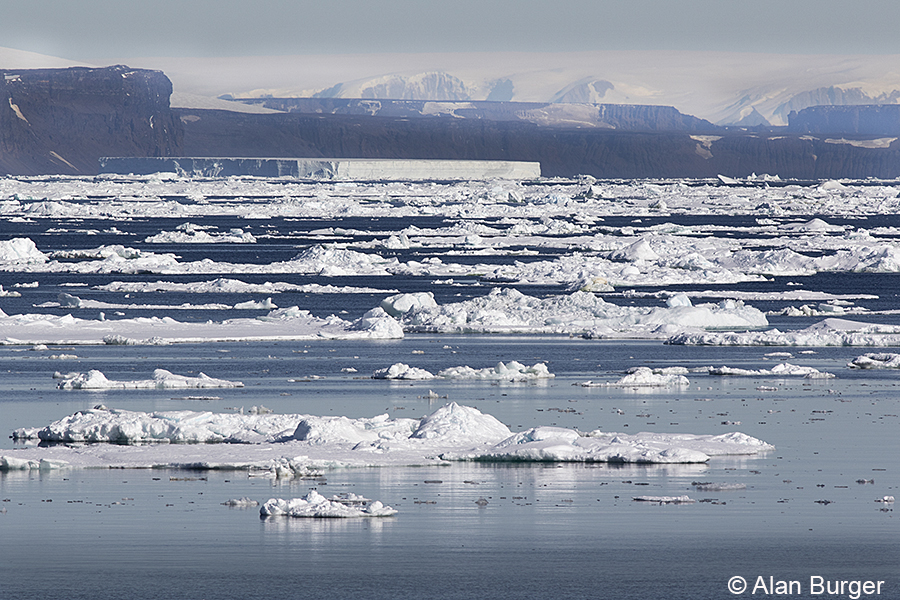 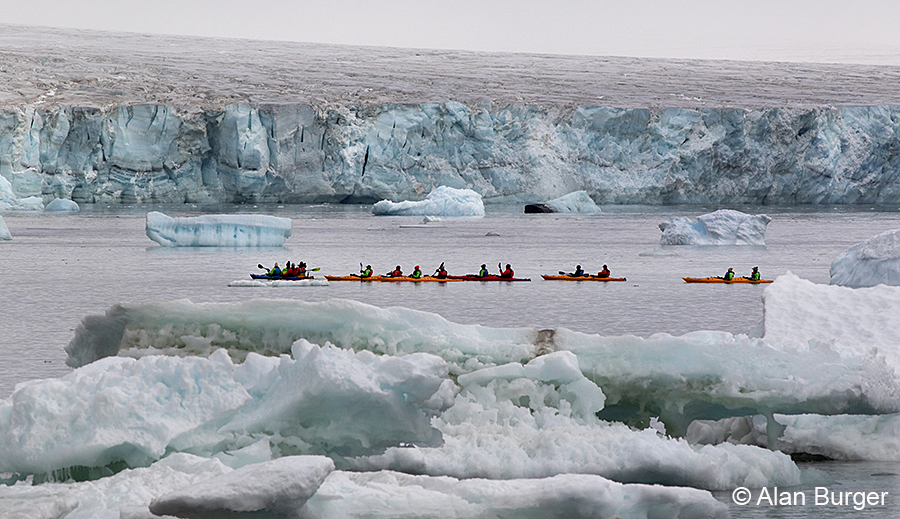 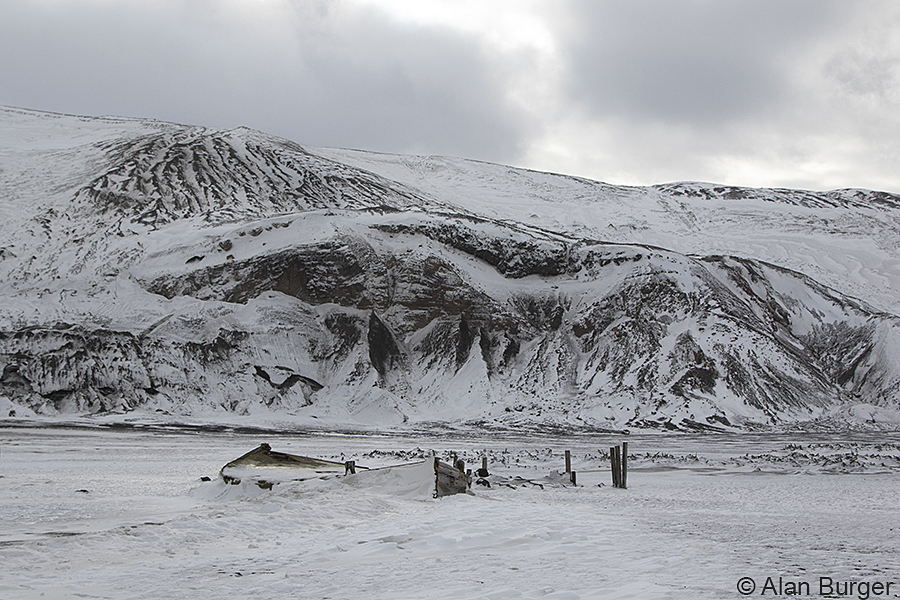