With all the Covid travel restrictions in 2020 and 2021 it is great to have a place like Mamit Lake (also spelled Mamette) near our home (12 km drive), where we can explore and enjoy nature. The lake levels have been very high all through the spring and early summer in 2021, which means fewer mudflats to attract shorebirds. But we were pleasantly surprised on July 14th when paddling our little kayaks on the lake and up Guichon Creek north of the lake to discover some small mudflats and already a few interesting shorebirds. Plus, this is the time of year when the waterfowl breeding is in full swing with numerous broods of ducklings and goslings. Mamit Lake is an important nursery area for many species.

As summer advances, shorebirds become a major birding feature of this lake. There are only three shorebird species that breed here – Spotted Sandpiper, Killdeer and, in the wet grasslands adjacent to the lake, Wilson’s Snipe. But many species stop over on their southward migration from distant breeding grounds. Each visit we make to the lake produces a differing set of sandpipers and their relatives. 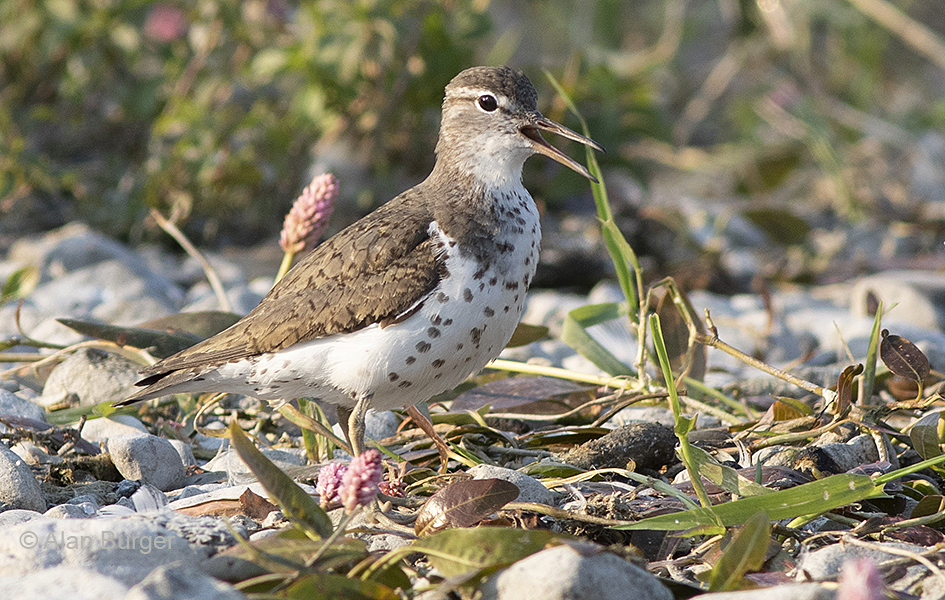 An adult Spotted Sandpiper. This bird is agitated – probably because it has a chick or two hiding nearby. 19 July. Photo: © Alan Burger 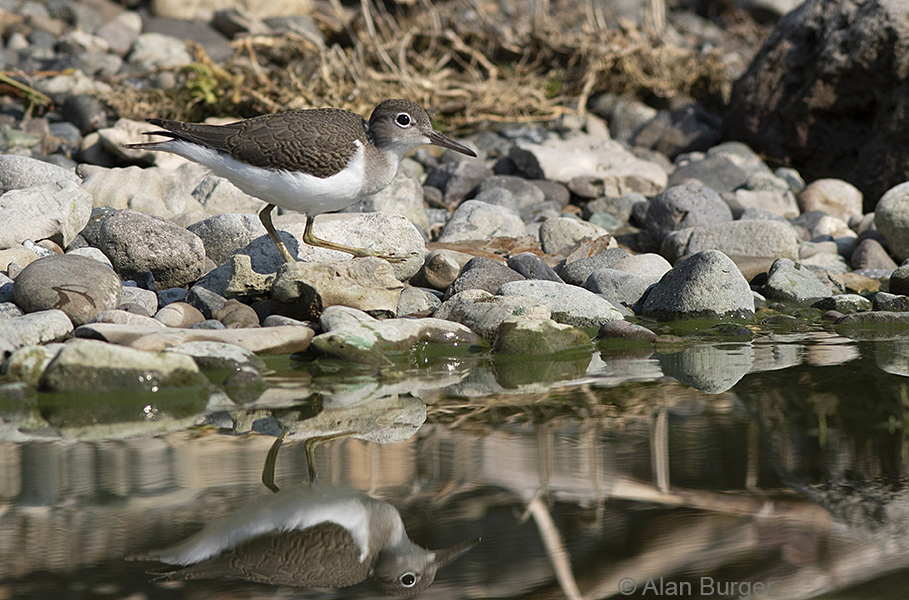 This newly-fledged Spotted Sandpiper was able to fly but was still staying with its parents on their shoreline territory. 19 July. Photo: © Alan Burger 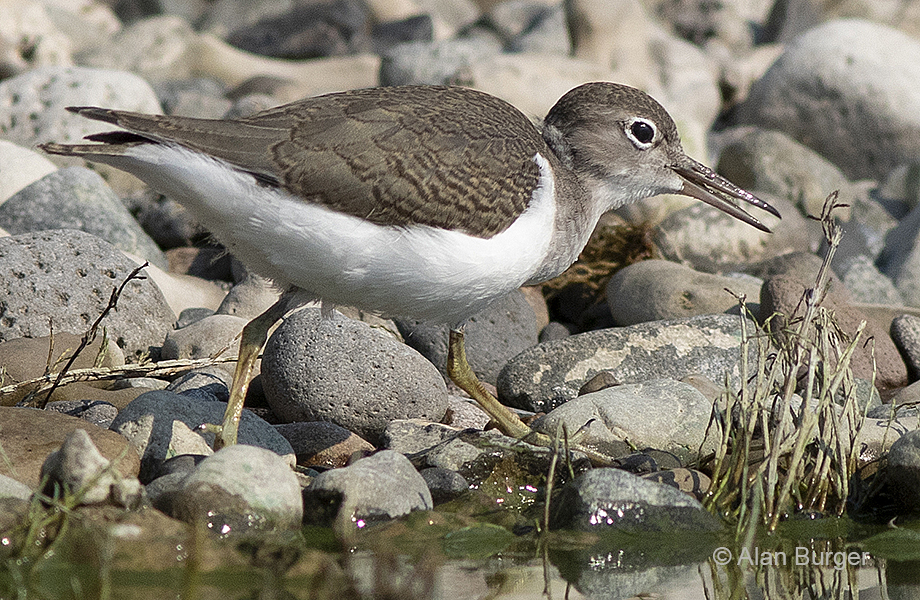 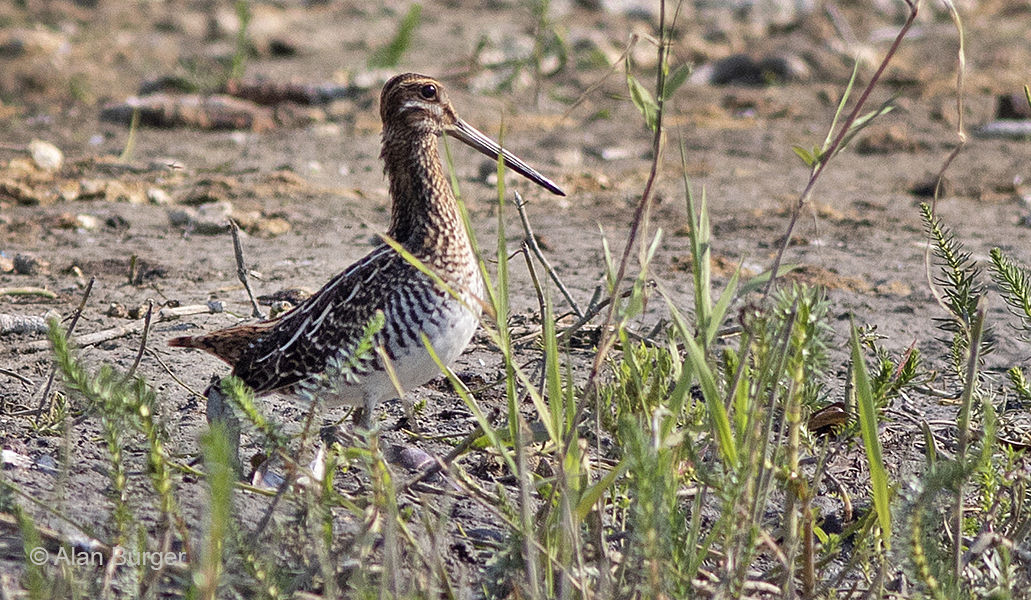 Wilson’s Snipe live in the marshy areas around the lake. Except when they are displaying at the start of the season, snipe tend to be quite secretive and flush easily, so I was lucky to catch this one sitting on a mudbank. 19 July. Photo: © Alan Burger 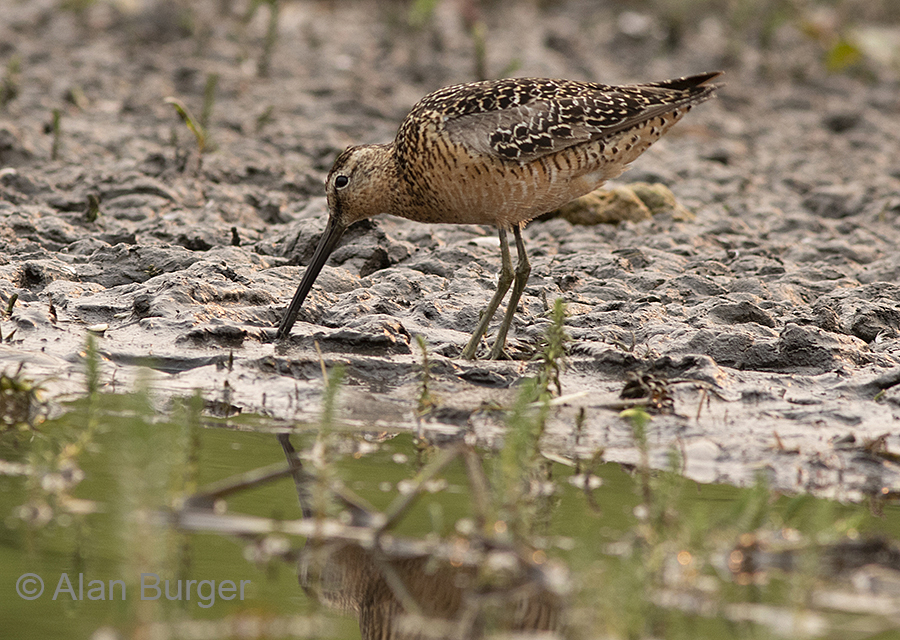 Here’s a bill to rival that of the snipe – a Long-billed Dowitcher. This bird is still in its breeding plumage, but is already a long way from its arctic tundra breeding grounds. 14 July. Photo: © Alan Burger 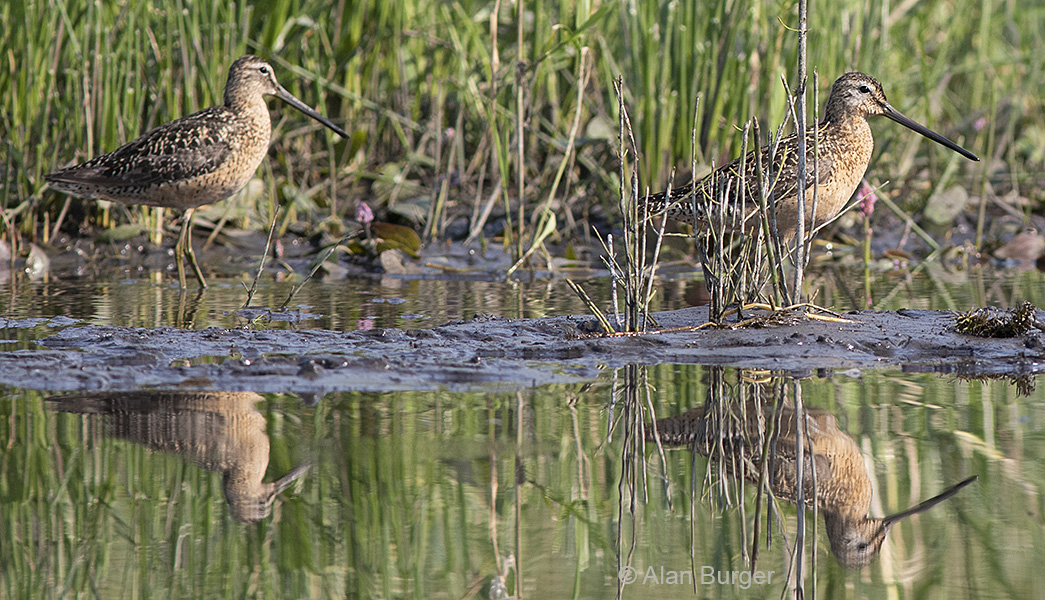 On 19 July there were 11 Long-billed Dowitchers at Mamit Lake. Here are two of that flock. Photo: © Alan Burger 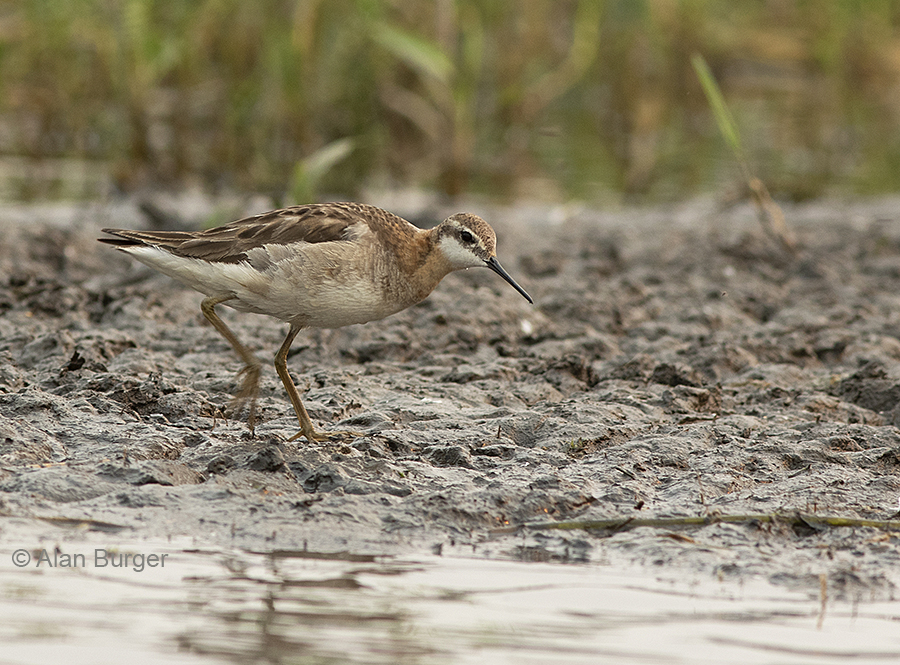 Wilson’s Phalarope breed in ponds and lakes in the BC Interior. So far we’ve seen no evidence of breeding on Mamit Lake, but the lake is frequently visited by these birds. 19 July. Photo: © Alan Burger 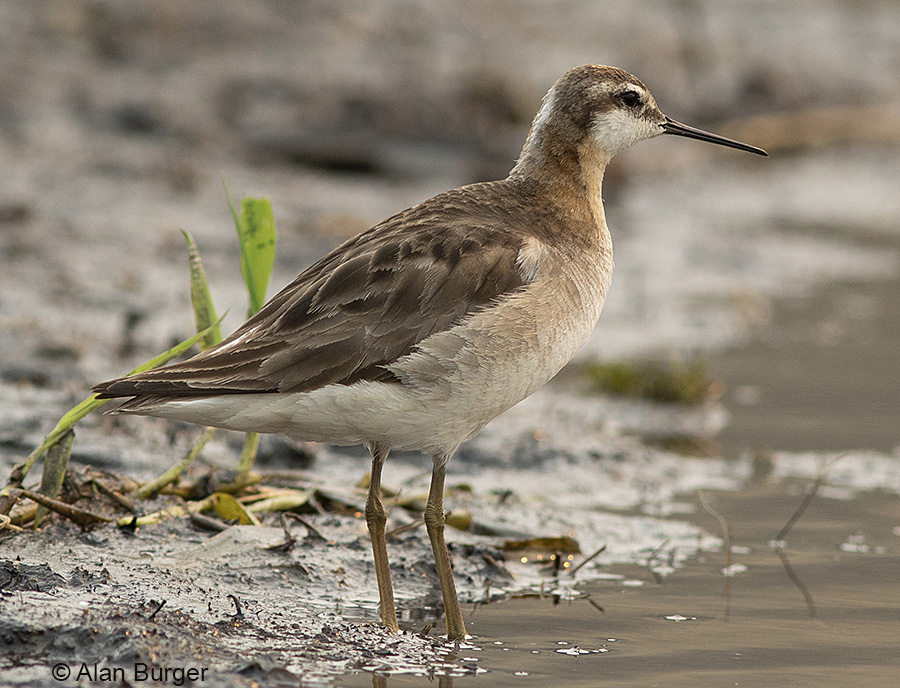 The long thin bill of Wilson’s Phalarope is adapted for picking up tiny aquatic invertebrates. Phalaropes often swim to find food in addition to foraging along the shoreline. 19 July. Photo: © Alan Burger

Gulls are quite rare visitors to Mamit Lake, but in mid- to late-summer one may find one or two stopping off for a feed. Here are two species that we saw on 14 July 2021. 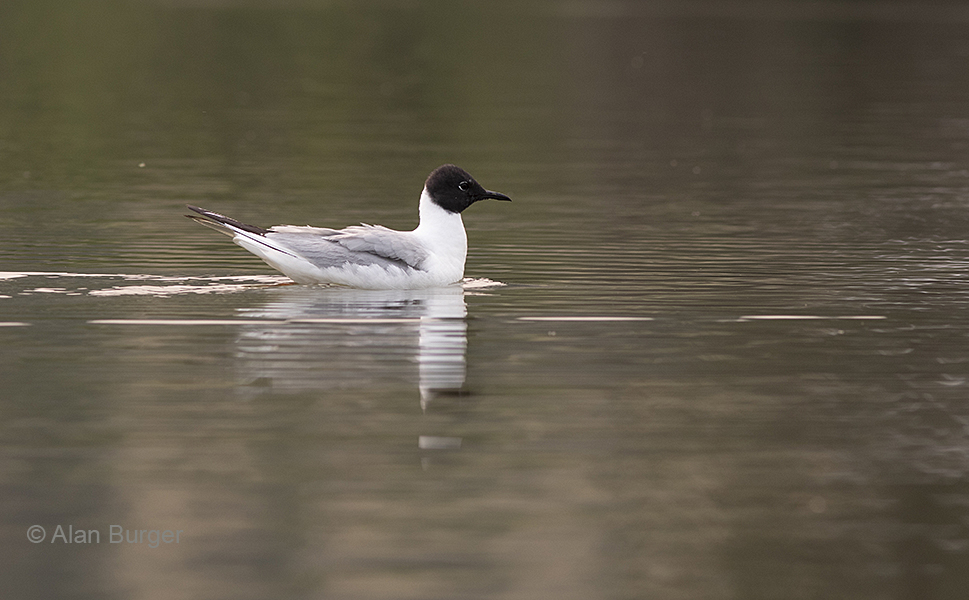 Bonaparte’s Gull in breeding plumage is one of the most elegant of gulls. The adults lose their black head plumage in winter. 14 July. Photo: © Alan Burger 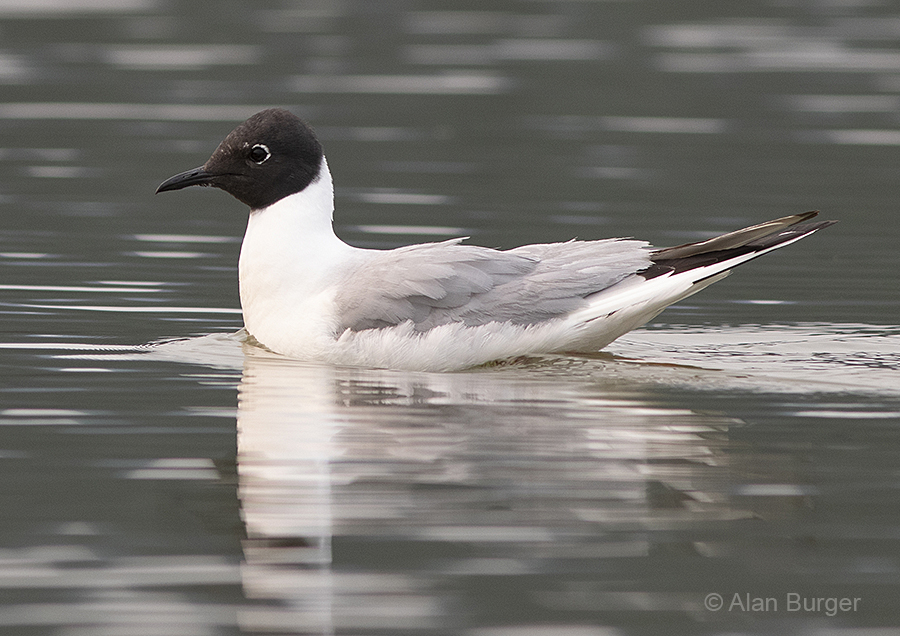 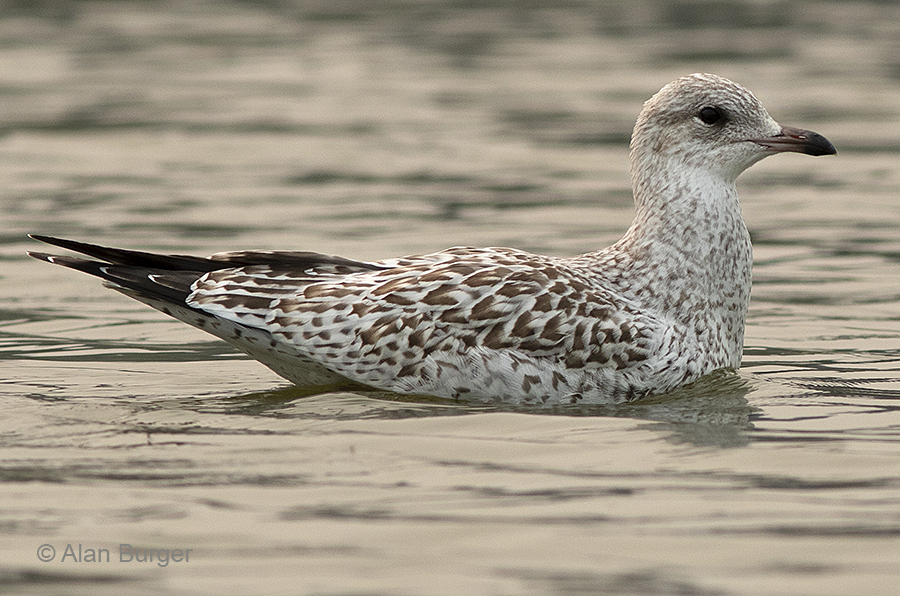 This juvenile Ring-billed Gull has only recently fledged. It likely came from the breeding colony on Shuswap Lake at Salmon Arm. 14 July. Photo: © Alan Burger 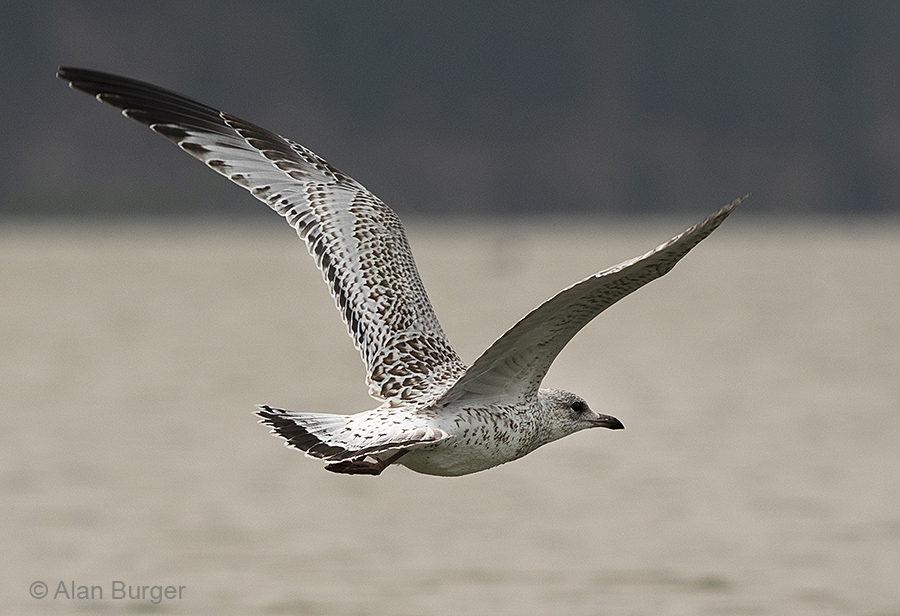